From Our Executive Director

Thanks to the support of our partners, 2015 was a year of dramatic growth for LaunchCode. We opened our first hub office in Miami, laid the groundwork for expansions to Kansas City and Rhode Island, opened our first tech education center in St. Louis, and were recognized as a national example by President Obama.

Two years ago, LaunchCode was created to solve a problem — skilled, motivated people without traditional credentials were being passed over by employers desperately in need of tech talent. This gave rise to our mission: to connect talented people from all backgrounds to careers in technology. In 2015 we doubled our impact, placing twice as many people into apprenticeships and jobs and providing thousands of people with world-class education and pathways to better lives through careers in tech.

LaunchCode could not have had a year of such incredible growth without our community’s support. I’m extremely grateful for everyone who has touched LaunchCode. Creating equity, diversity, and opportunity in tech is a critical mission — your involvement brought us one step closer, and I promise we won’t stop here. 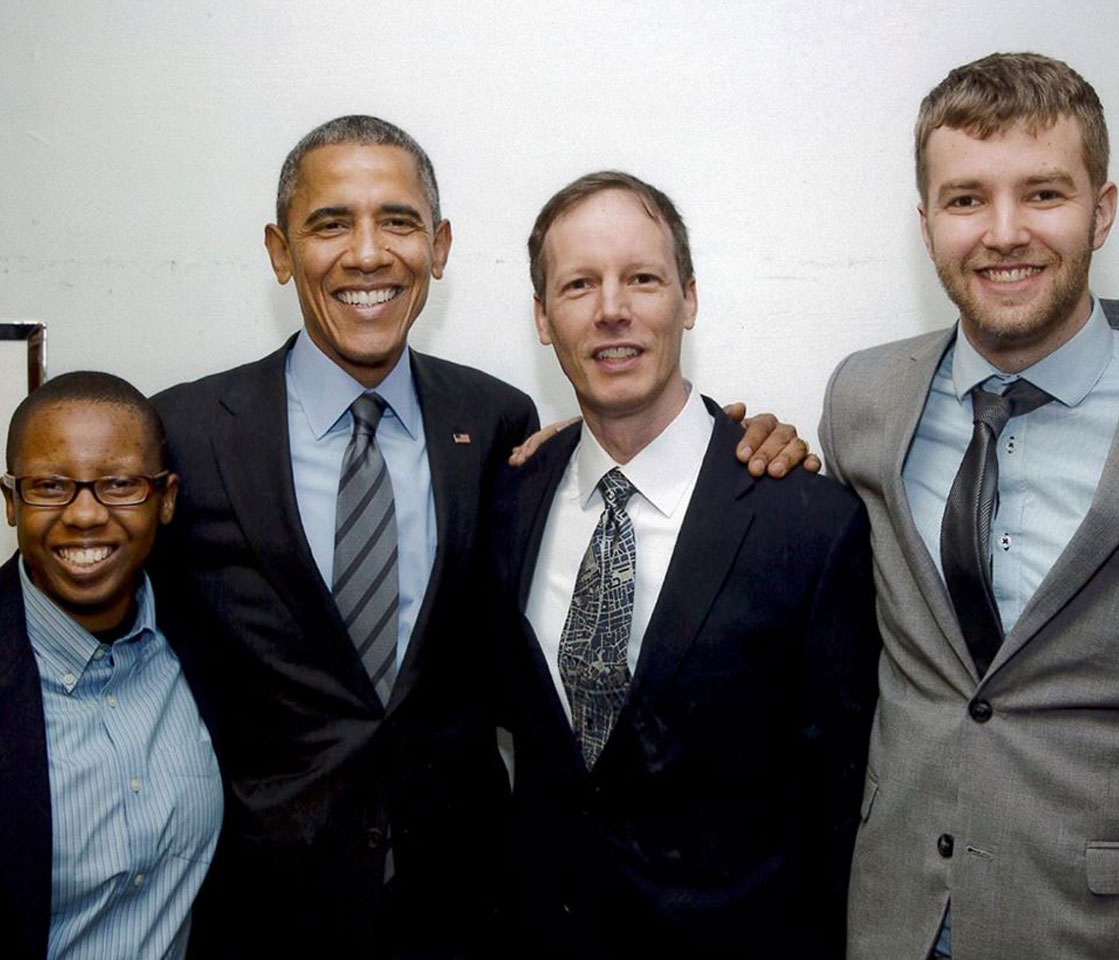 LaunchCode is closing the tech talent gap by focusing on talent, not credentials. We expand the pool of tech talent and create new technology hiring pathways by helping construct an ecosystem that rapidly prepares job candidates and moves them into jobs that provide true upward mobility.

Millions of Americans are unemployed or stuck in low-wage jobs. Companies face a giant tech talent gap. One million jobs in programming alone will go unfilled by 2020.

Good technology jobs typically require a college degree and three to five years of work experience in the field just to get an interview.

We seek to support the American workforce by connecting talented, non-traditional candidates to companies who depend on tech talent for their businesses to grow and survive.

How We Do It

We’re revolutionizing the tech talent ecosystem by matching new talent to innovative employers. Businesses do not have a reliable means of evaluating and hiring job seekers who lack traditional credentials. This places a barrier between employers and candidates with the skills to help them.

LaunchCode solves this problem, creating new pathways to technology jobs by providing learning resources and guidance to job seekers while managing a process through which companies assess and onboard new talent.

2015 By the Numbers: Apprentices

placed into apprenticeships and jobs in first two years 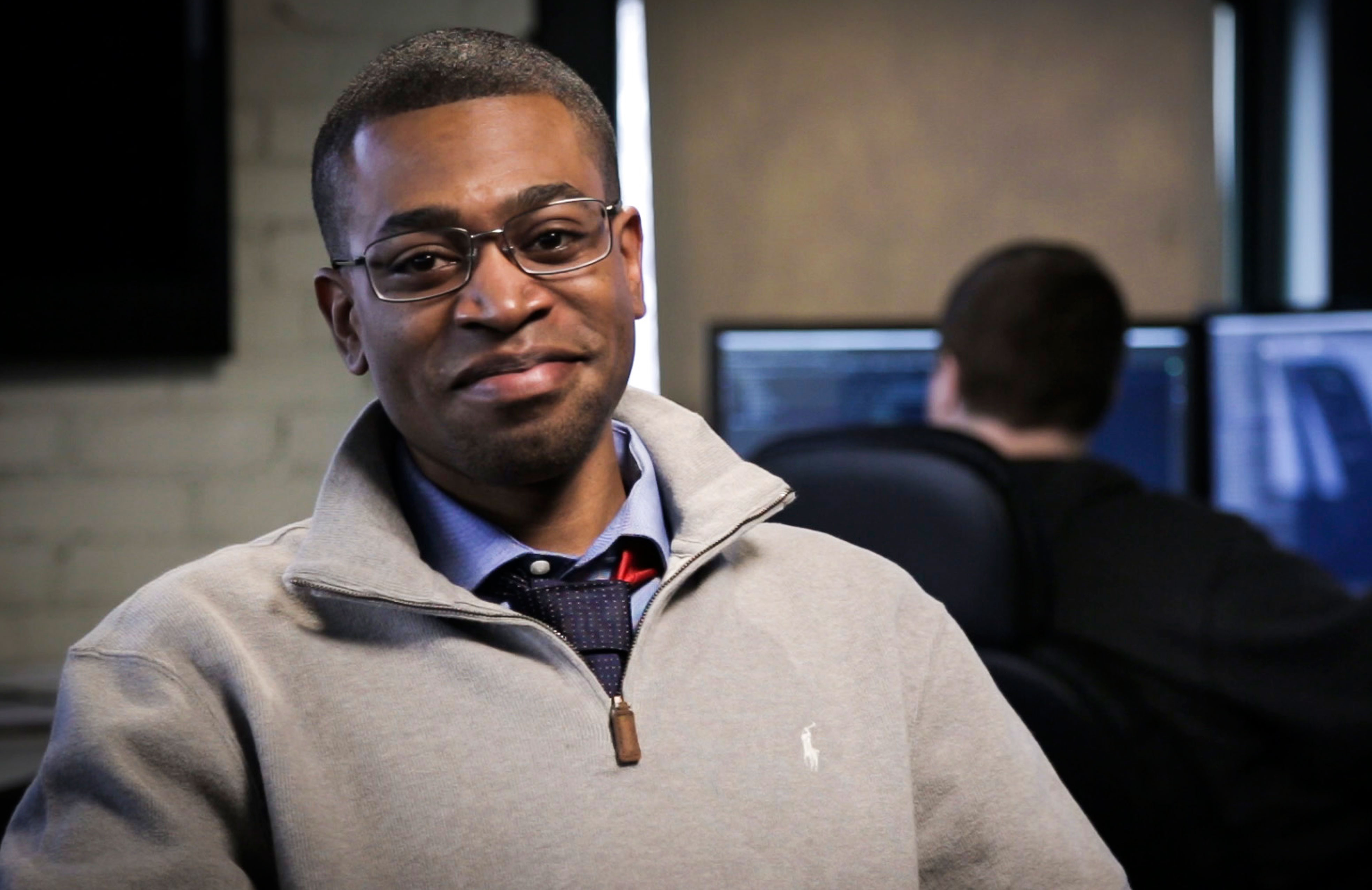 After a three-month LaunchCode Apprenticeship, Terrence Bowen is now a software developer at Clearent. Terrence taught himself computer programming while working a full-time job. He knew he had the skills to be a programmer, but didn’t have a college degree or a typical resume. He found LaunchCode, and in his own words, "it completely changed my life. I have my career; I can’t even put it into words."

2015 By the Numbers: Employment

were converted to permanent employment

remain in their job after six months

were promoted within 18 months 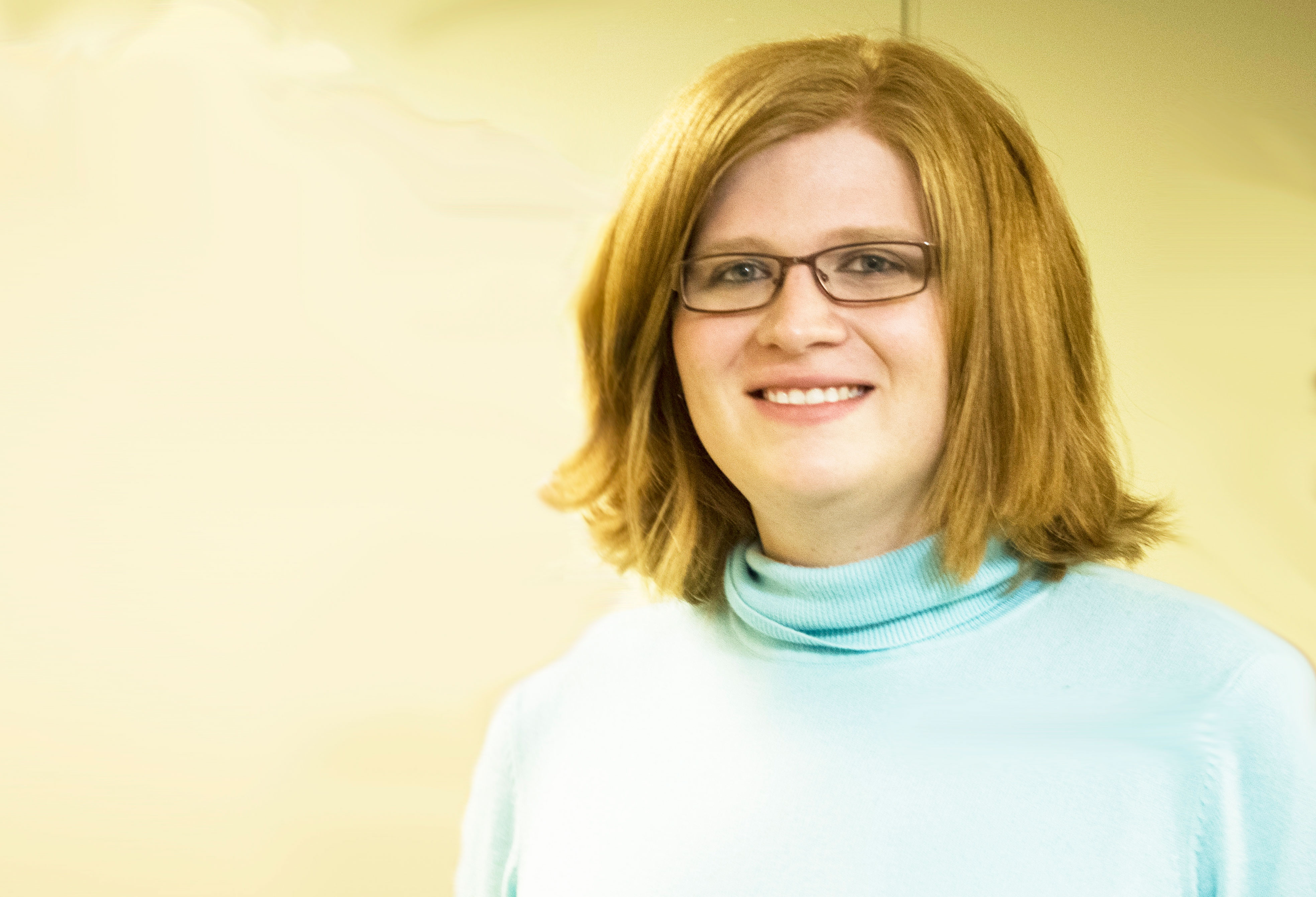 Before Kara Wolter found LaunchCode, she was working the same job she had in high school, stocking grocery shelves. She was placed as an apprentice at Monsanto, where she flourished. In Kara’s words, "Working at Monsanto, I’m constantly challenged to grow and learn and do new things. LaunchCode is a great bridge for people who are passionate about programming computers, but don't necessarily have the experience companies are looking for."

“Even if you know where you want to go, it's hard to get there when the route is unknown. LaunchCode is like GPS for career-seekers. It helps you reach your destination.” 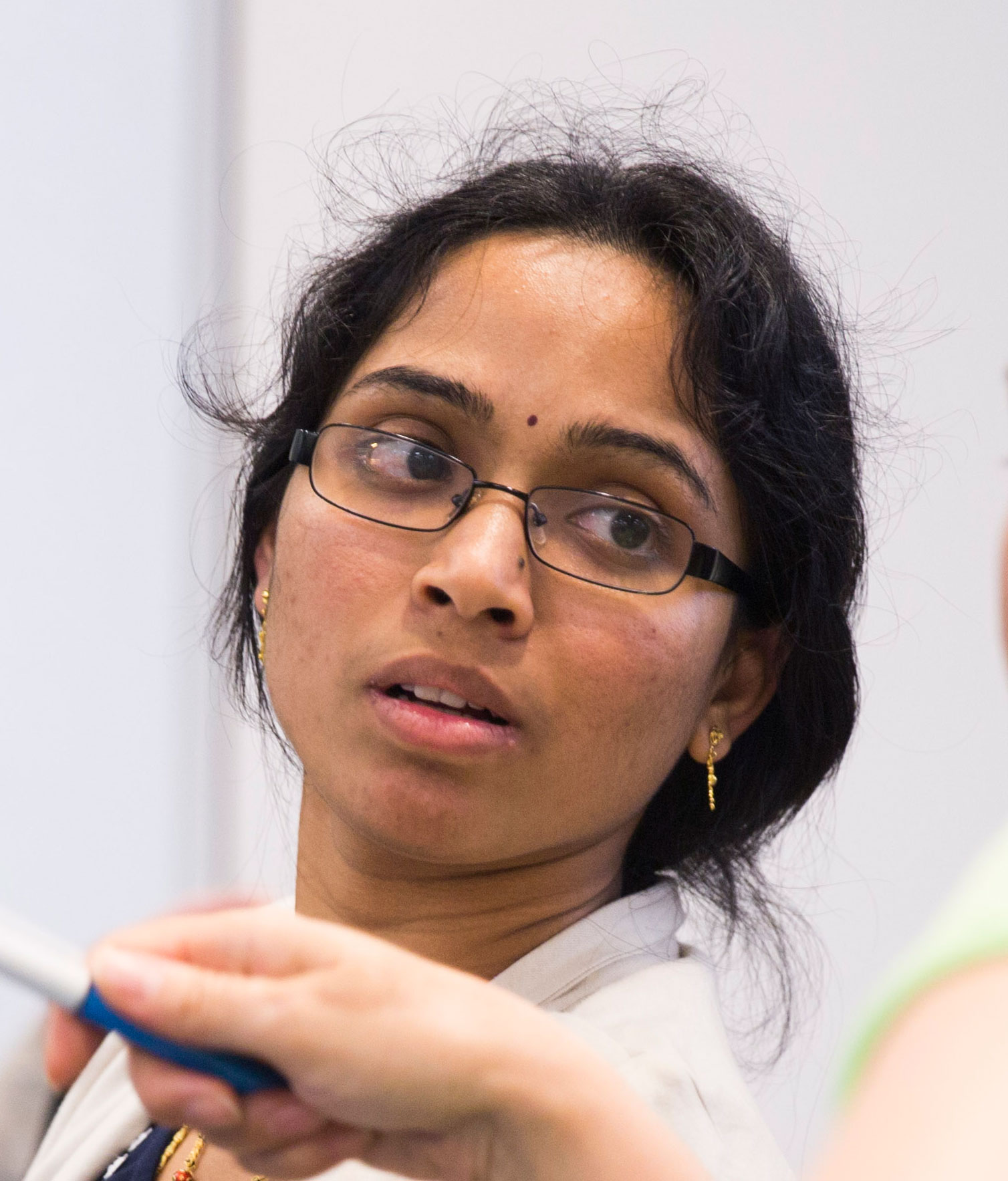 
“Switching into IT seemed impossible; I had no background in computer science. But I found myself in the right place at the right time with LaunchCode and the ReBootU program! I was hired at one of my dream companies.” 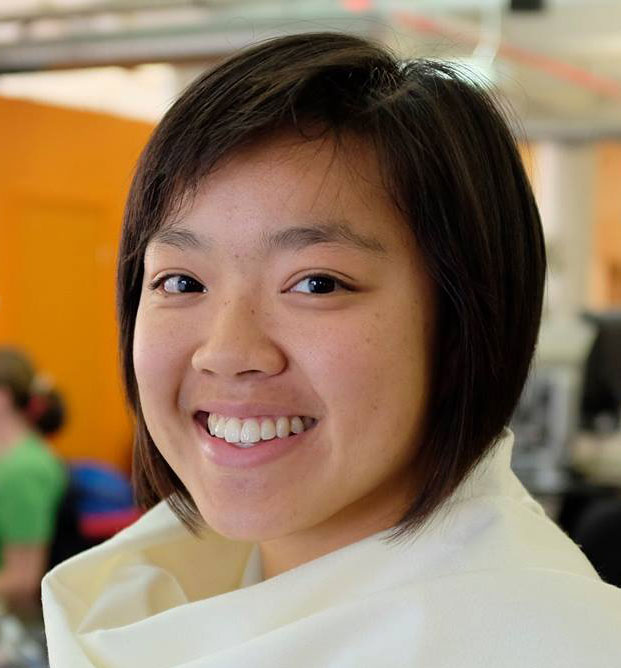 
“If I hadn't discovered LaunchCode, I'd probably still be making pizza. Coming with literally zero years of developer experience in the workforce, it was awesome to know I had that voucher in LaunchCode to help me get this opportunity.” 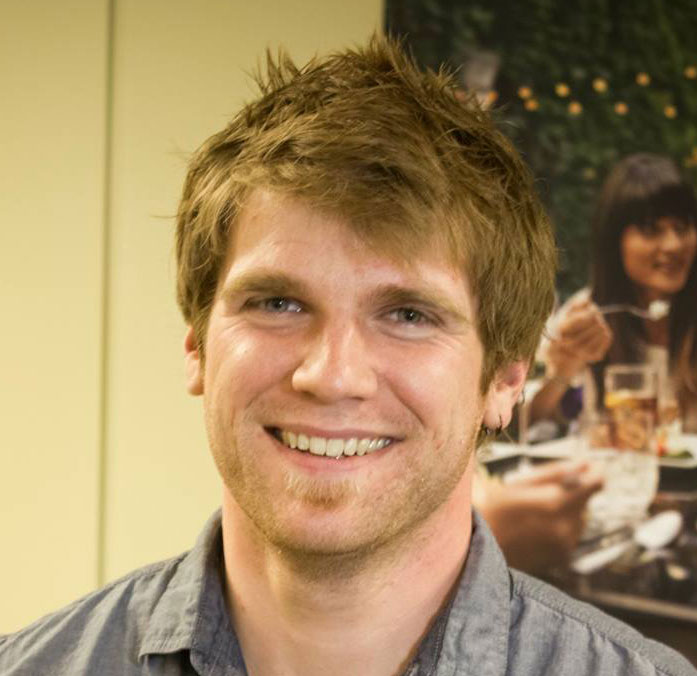 We're training our communities through free, world-class education. LaunchCode collaborates with local educators and workforce agencies to create innovative, accelerated education programs that help students and job seekers acquire the skills they need for a job in tech.

This year LaunchCode created the Mentor Center, a community education hub in St. Louis dedicated to equity, access, and diversity in technology through education and job skills training. Kicking off operations in October with a grand opening event that attracted over 800 community members, the LaunchCode Mentor Center is equipped to increase opportunity in the technology community with free programs and resources. The center is expected to serve over 2,000 people in 2016. 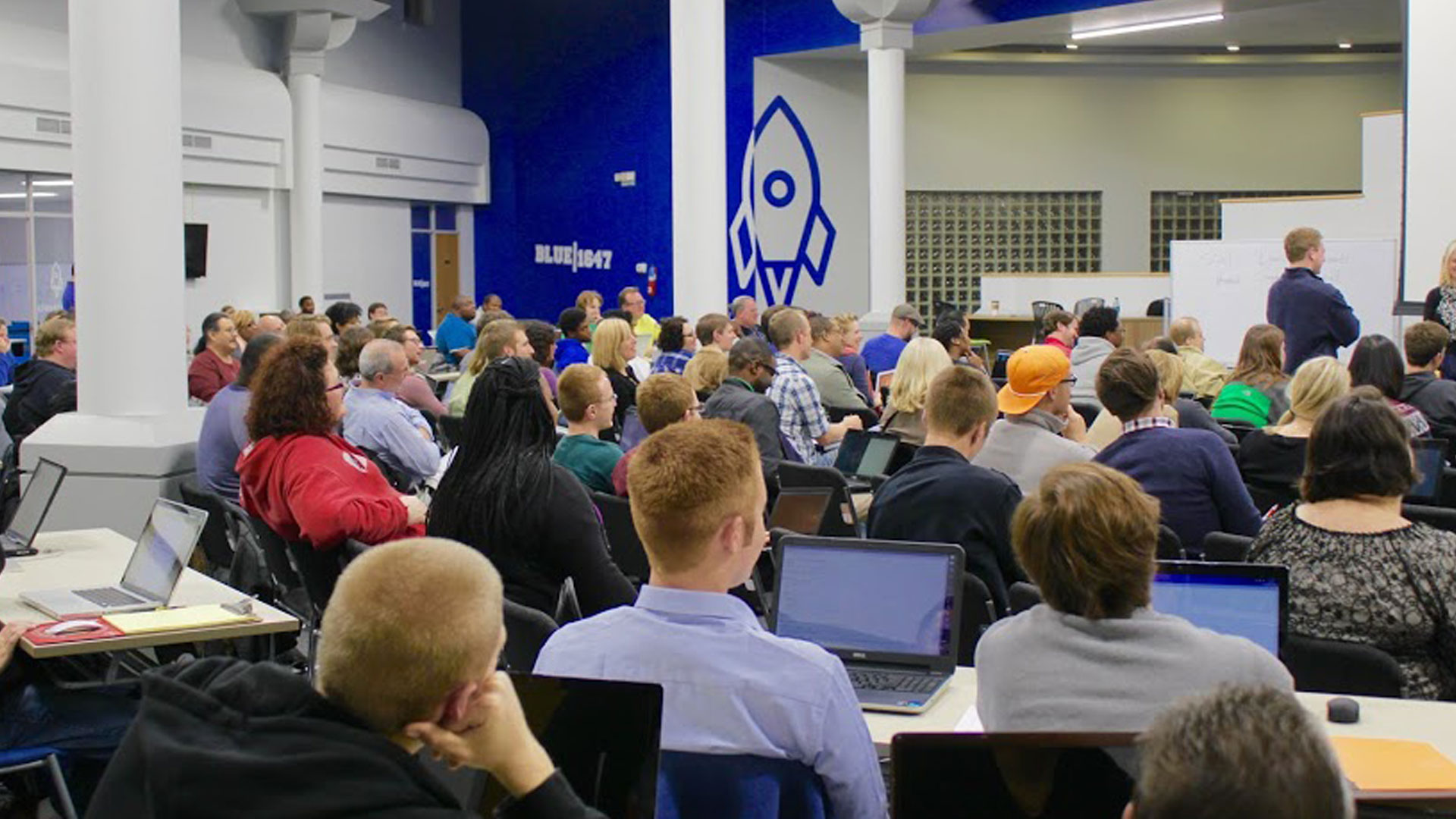 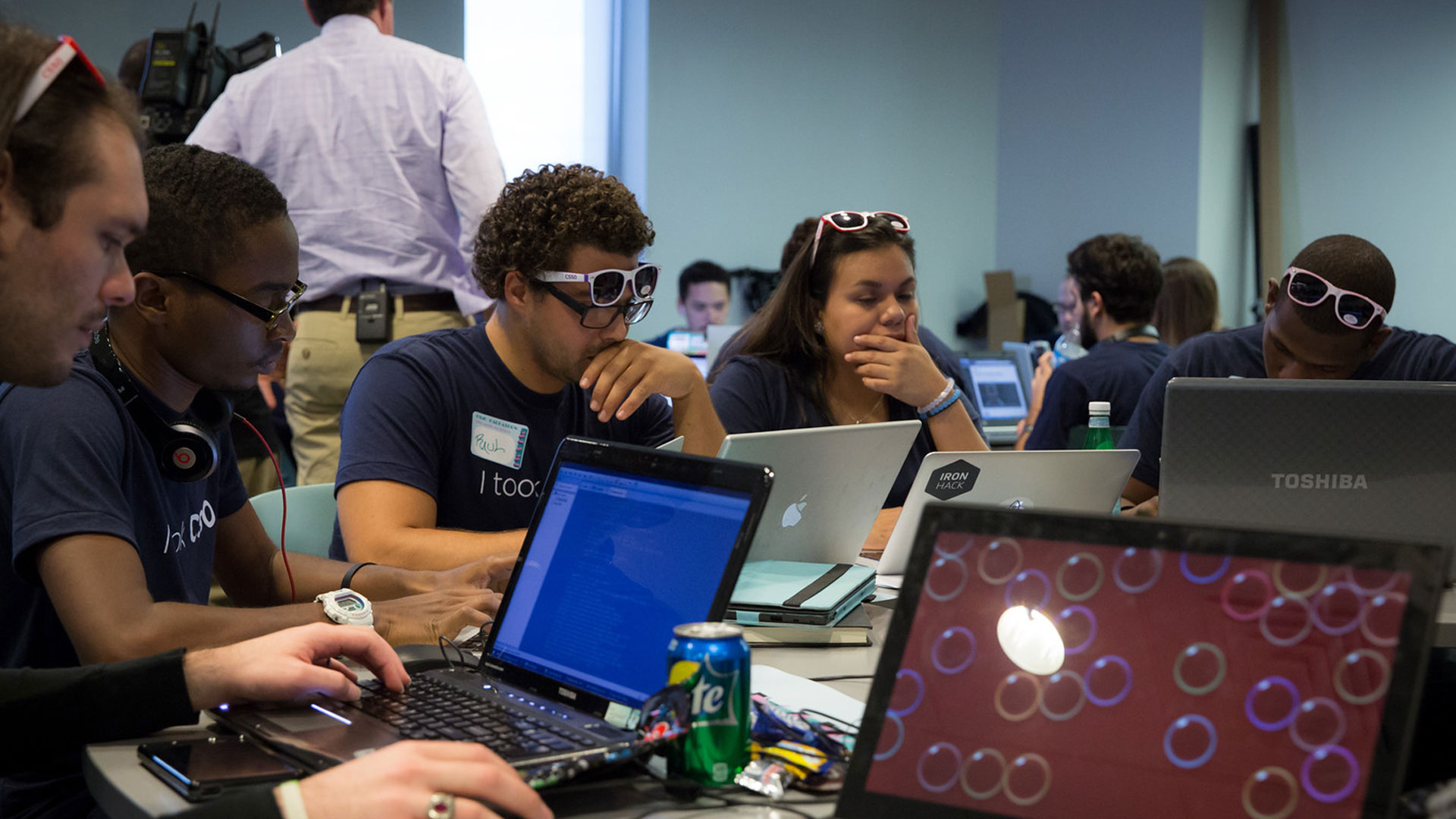 In 2015, LaunchCode also kicked off its first “Hello, World!" class: a free, two-week introduction to the world of programming. With sponsorship from Wells Fargo Advisors, over 100 people came together at LaunchCode’s Mentor Center to learn foundational programming skills. 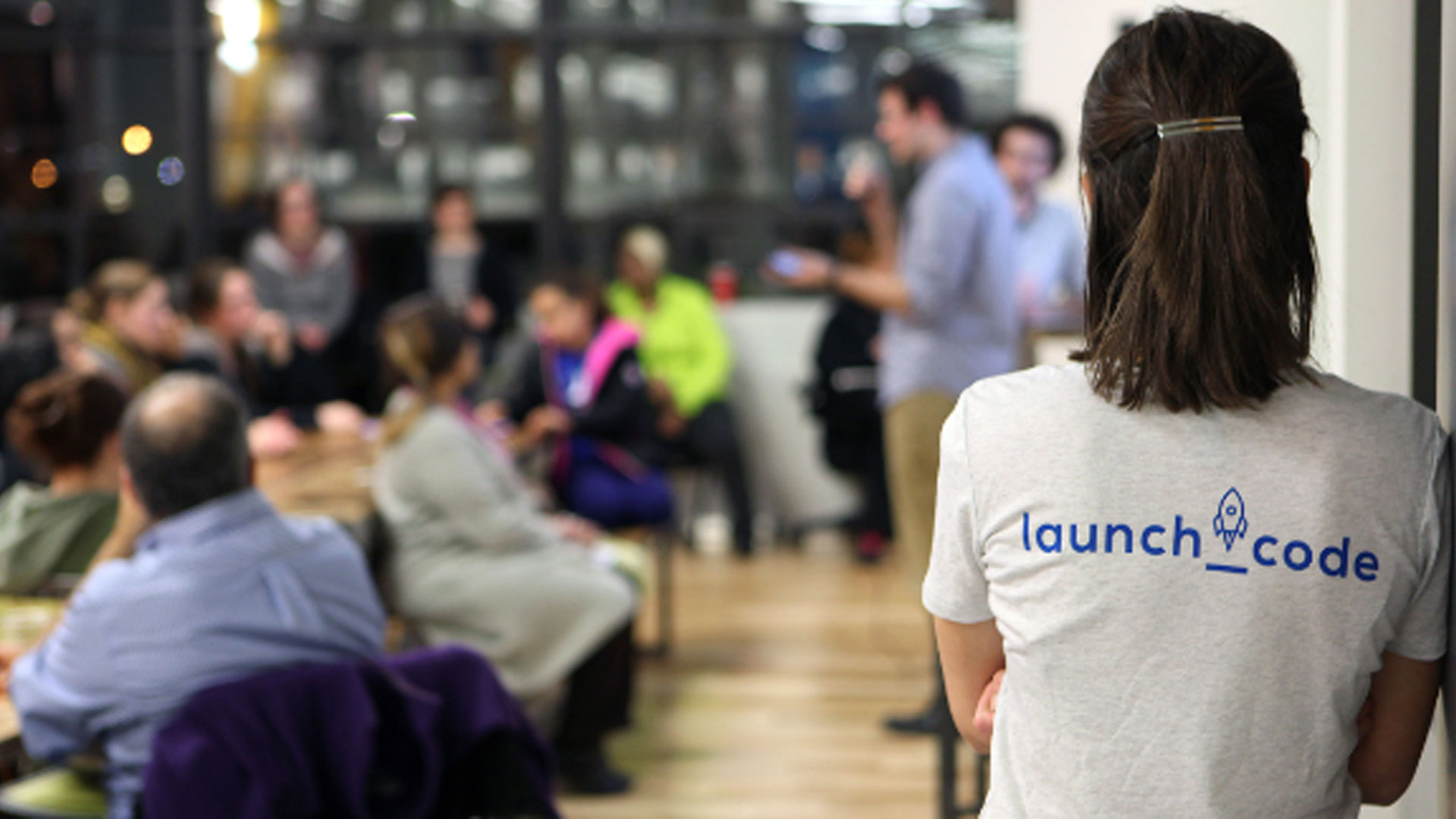 In January 2015, LaunchCode began ReBootU, a 20-week bootcamp designed to teach job seekers the fundamentals of computer programming. Created in partnership with the St. Louis Agency on Training and Employment and St. Louis Community College, the course supports curriculum development that aligns with employer demand so that students are prepared for careers in technology through LaunchCode’s paid apprenticeship program. Over 80% of ReBootU participants have been placed into apprenticeships. 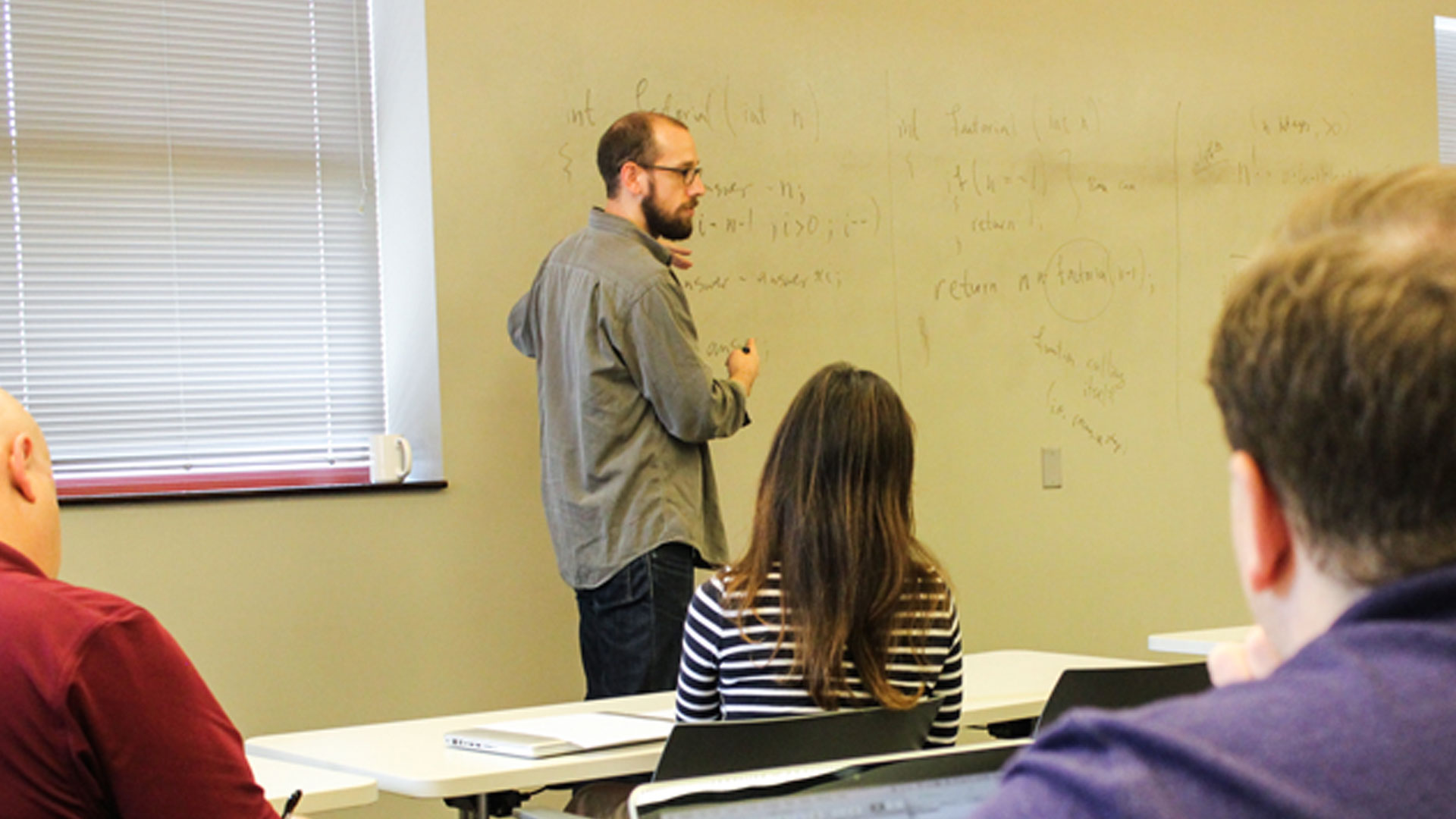 This year, over 260 women participated in CoderGirl, LaunchCode’s weekly meetup for women interested in programming and technology. Open to women of all backgrounds and skill levels, CoderGirl provides women in technology with a supportive community and mentorship from some of St. Louis’ best professional developers. 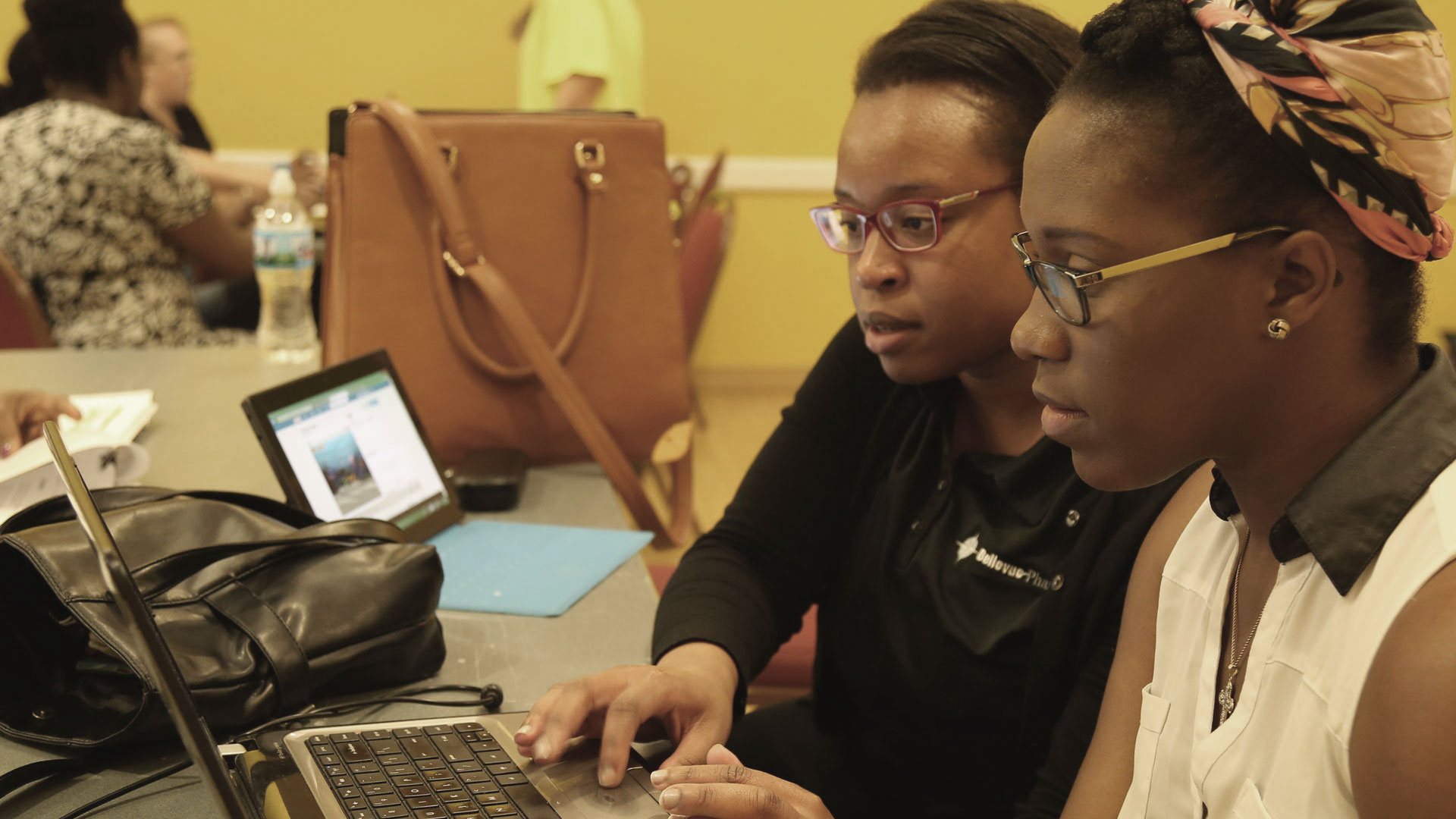 “I started CS50 last winter, and I had never written a line of code previously. Less than a year later, I am a software developer. LaunchCode ushered me into a career that I love, and it feels fantastic.” 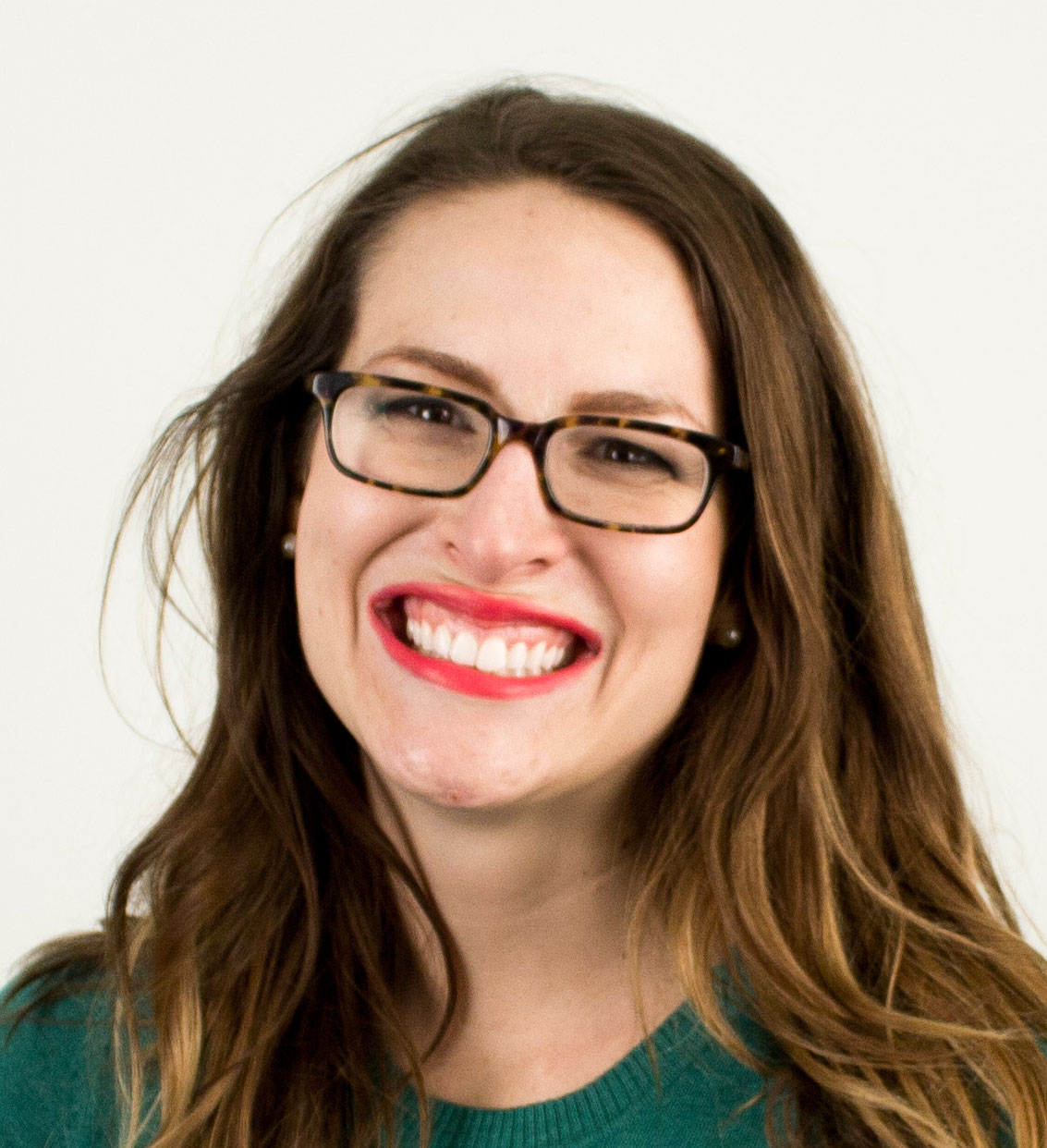 
“LaunchCode and CS50 gave me an amazing education, along with the courage to stop daydreaming and actually become what I want.” 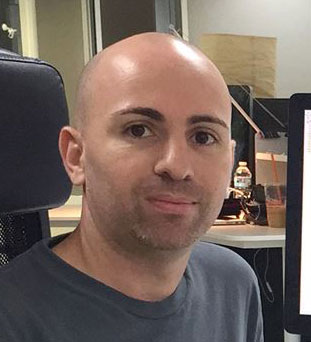 
“LaunchCode and ReBootU gave me new hope for opportunity. This will become the next chapter of my career!” 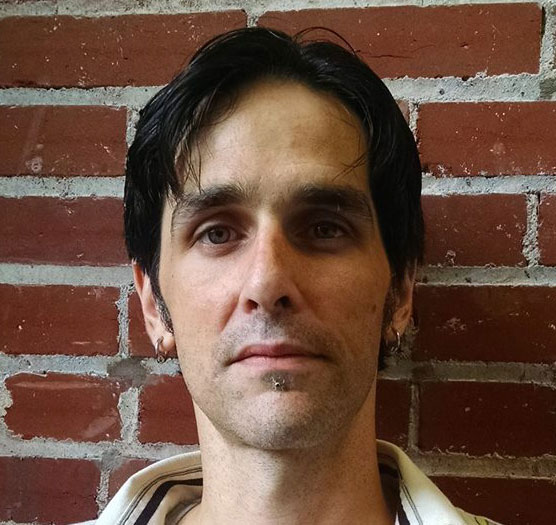 LaunchCode’s nationally scalable model creates rapid outcomes for candidates, companies, and partner organizations. LaunchCode helps local economies by developing homegrown talent and expanding the workforce with net new talent. It is estimated that one new job in tech creates $200,000 in a local economy, which means that our model has generated over $62 million for St. Louis and Miami since late 2013. Additionally, LaunchCode apprentices will make 3.1X their previous median wage after placement. Our work is empowering candidates and communities to build sustainable pathways to prosperity.

moved to St. Louis or Miami for a LaunchCode apprenticeship

returned to the St. Louis and Miami economies 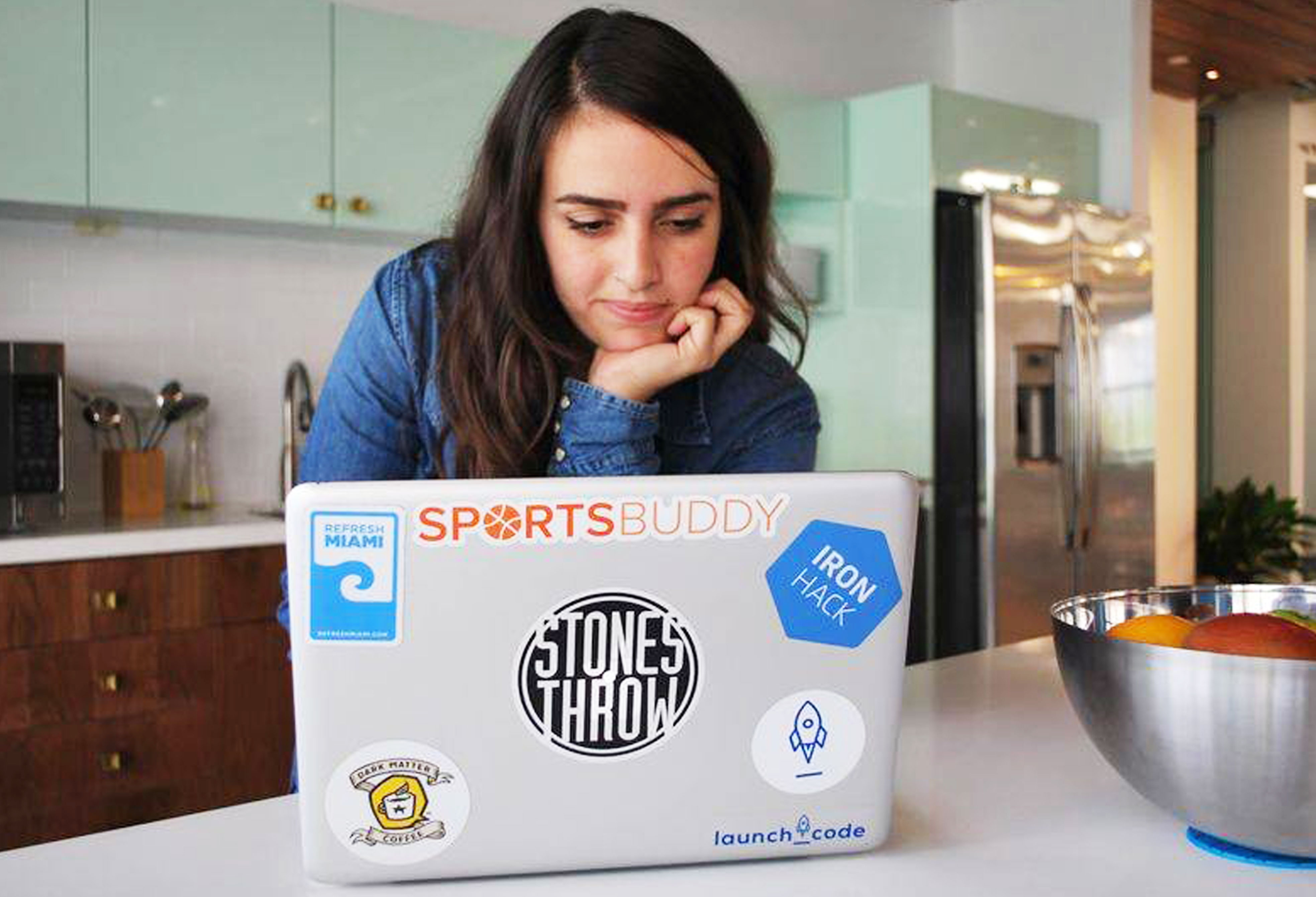 While working at a hotel, Christina Douzmanian decided to pursue coding as a new career path. One programming course later, she reached out to LaunchCode and was placed at Atlys. "I never assumed that after a decade of working in the foodservice industry, I’d have so many doors open for me. Yet, here I am, beginning my new journey. A journey that includes a generous salary, health care, benefits, paid time off, and most importantly, the flexibility to do the things I love. The amazing staff at LaunchCode Miami made this dream a reality!" Learn more about Christina’s Story

“LaunchCode provided me with a chance to work in a field that I've recently realized I love doing. It gave me a second chance, which doesn't come around too often.” 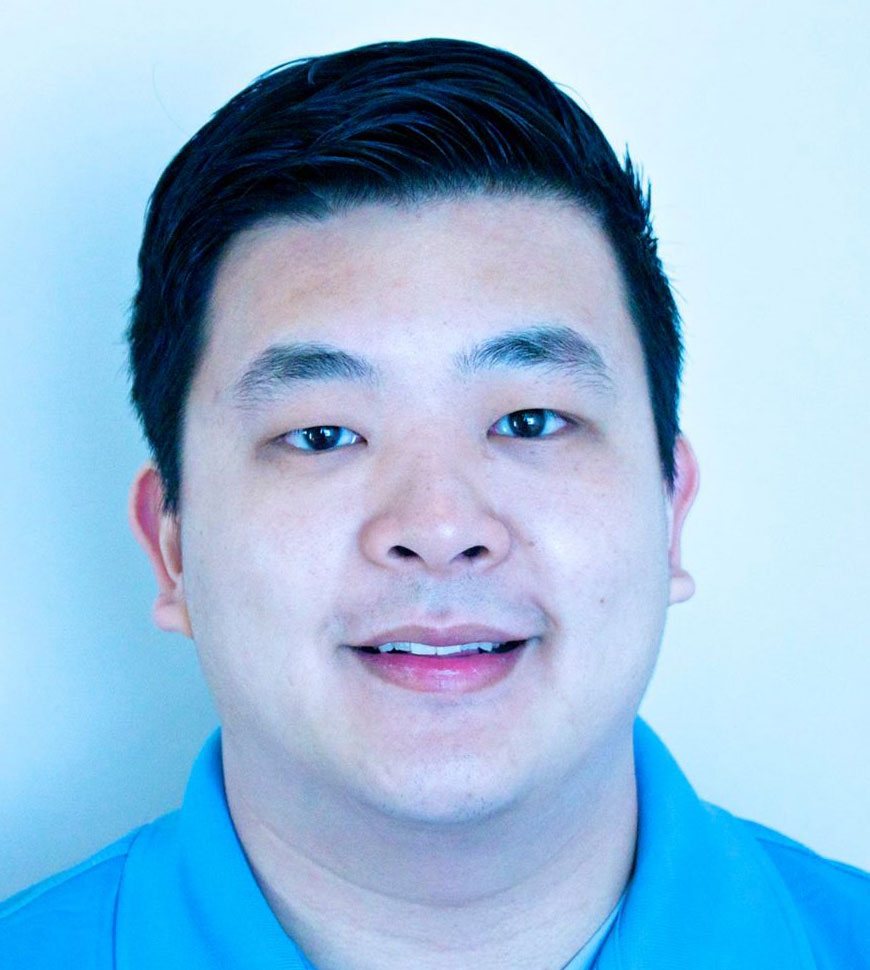 
“I owe my successful career change to the dedicated folks at LaunchCode. The ReBootU program and LaunchCode created a software engineer out of someone with no previous coding experience.” 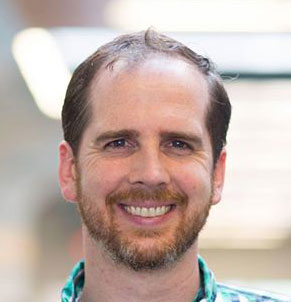 
“I think what LaunchCode is doing to create opportunities for women to enter the technology field is a wonderful thing. I encourage other women who have the drive and the skills to go for it.” 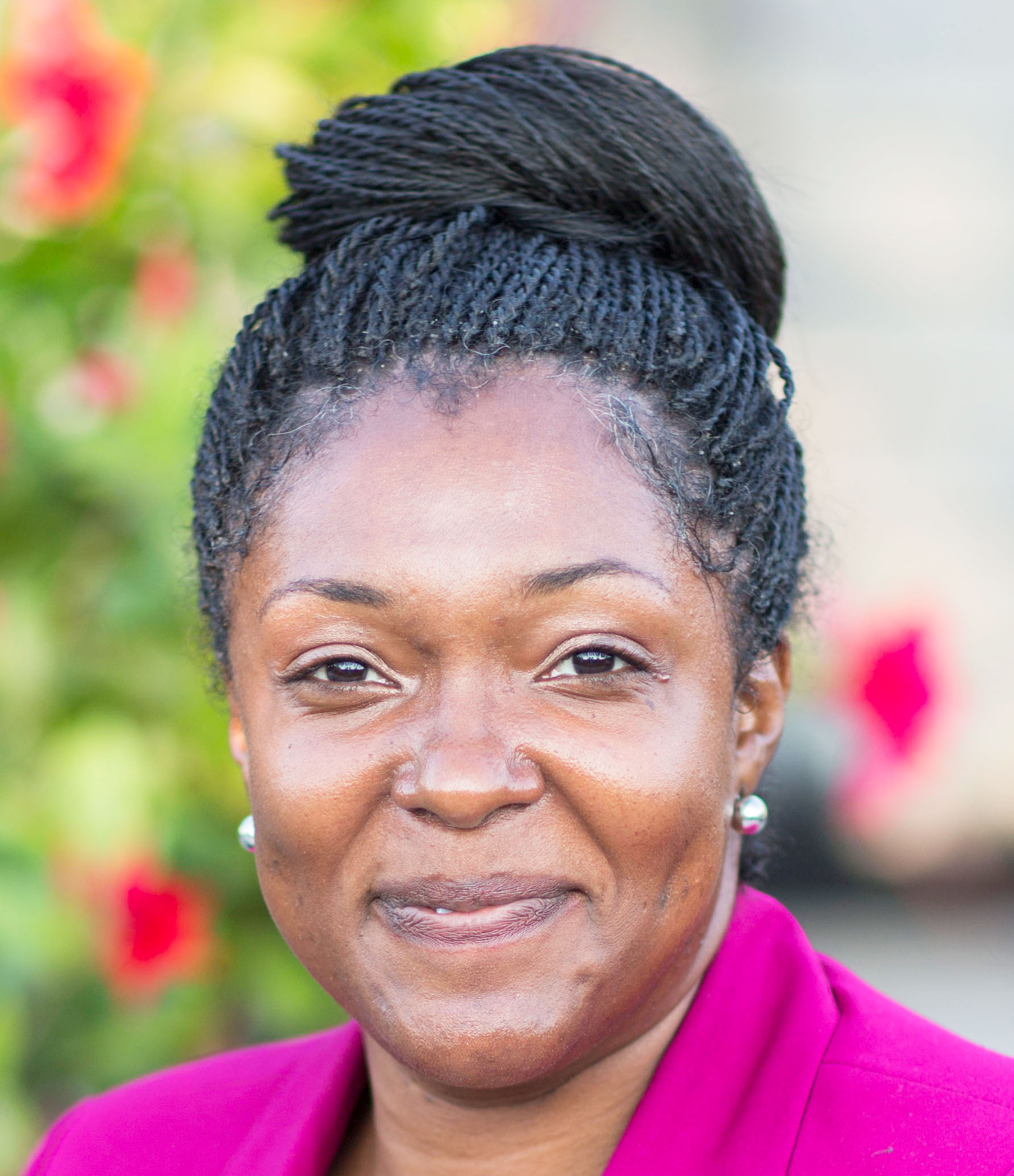 Dynamic donors and partners increase our ability to serve more candidates, companies, and communities. Financial support to LaunchCode allows us to reach more candidates, provide crucial educational resources, and enable every driven, aspiring developer to pursue their dream job. There is much more work to be done, and we are grateful to our community for enabling us to increase our impact.

2015 By the Numbers: Financials

Our focus on homegrown talent is generating national impact that we will continue to expand in the years to come. LaunchCode is more than a program; it is a vision for the future of our economy and culture. We are reaching people across the country who have the skills and determination to change their lives. In 2015 we doubled our impact through expanded infrastructure and new partnerships, allowing us to change lives through careers in technology nationally. Through our expansions to Kansas City, Missouri; Providence, Rhode Island; and other cities in 2016, LaunchCode is poised to link thousands of people across the county to new opportunities. 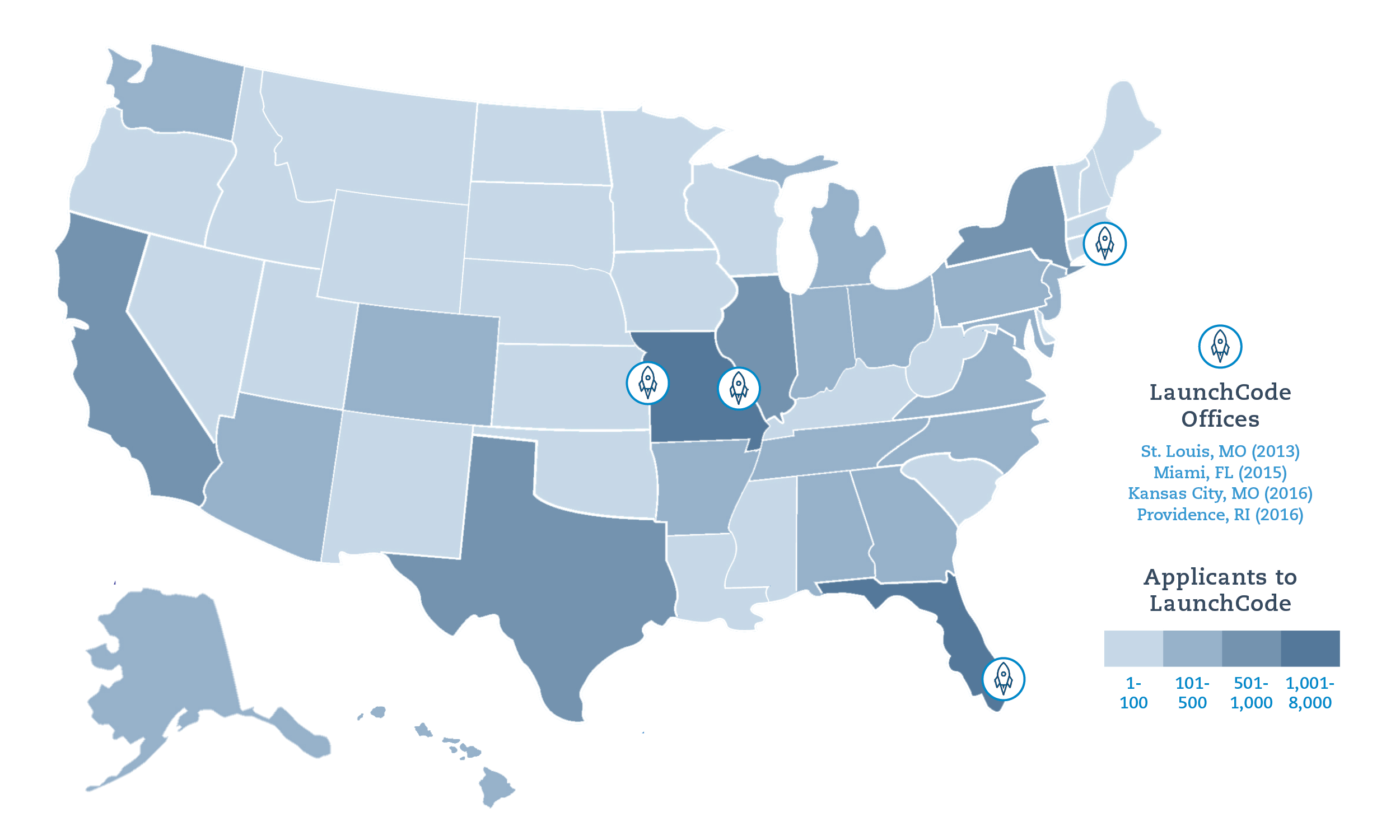 Thank you for your partnership in LaunchCode’s success